The Manitoba Chimney Swift Initiative has moved over to a new site...

Please change your bookmarks to :

Our new site includes all of the posts from the original blog, and it includes additional pages of information about Chimney Swifts and the MCSI project. 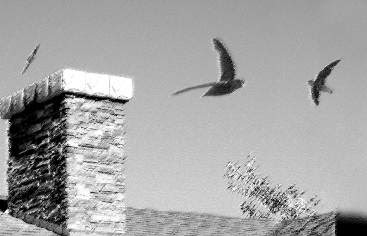 Our newest Champion - RM of Ritchot

Congratulations to the Rural Municipality of Ritchot, our newest Swift Champions. The RM has been long-standing supporters of the Manitoba Chimney Swift Initiative thanks to their ownership of the Club Amical in Saint Adolphe. This relationship goes all the way back to the very earliest days of MCSI. Since those days, the RM has always been especially helpful, providing access to buildings and committing to retaining precious breeding habitat on their land. They have also worked with MCSI to repoint both chimneys on the Club Amical and given access to buildings.

Barb Stewart related the history at the recent council meeting to hand over the plaque how things began. Back in 2007, the first Chimney Swift monitoring season. The then mayor was leaving the RM with a councillor following an evening council meeting. The mayor, on seeing two strange looking people sitting in the Club Amical parking lot, staring at the chimney top, exclaimed ‘who are those drunk people?’ The councillor responded, ‘that’s Barb and Rob Stewart’. An inauspicious start! 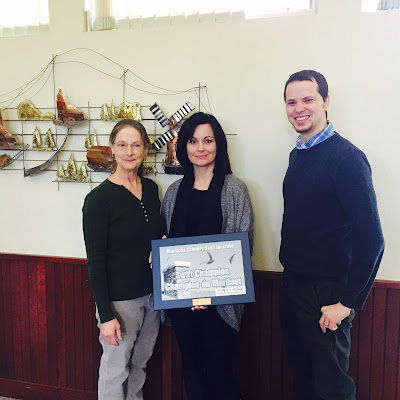 Later that year, following a swift departure to sunnier climes, the nest site in the southeast Club Amical - 10 feet down from the chimney top - was observed in September after the RM of Ritchot Fire Department kindly positioned ladders for the MCSI crew to access the chimney. In 2008, the RM of Ritchot provided much appreciated support for the construction of the Ferry Site tower. In 2010, the RM of Ritchot generously facilitated the relocation of the artificial tower from the municipal ferry site to the Church grounds.

In late 2015, the RM of Ritchot purchased the site of Brodeur Brothers where one of the five nest sites in St. Adolphe is located. We look forward to continuing to work together in the future.

To find out more about Swift Champions, see http://www.mbchimneyswift.ca/champion.html.
No comments: 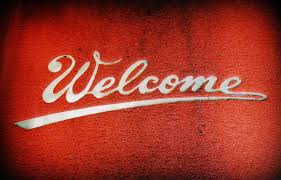 In the world of Chimney Swifts, MCSI embraces “the more the merrier”. We want to see and hear more Chimney Swifts. We want more Chimney Swift habitat to be identified, protected, and (re-)established. We also want to engage more citizen scientists as volunteer monitors. As we wait to look up for our first spring arrivals, it is time to look west for a tremendous development… 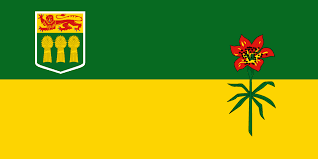 It is with great pleasure that we welcome Nature Saskatchewan members into the fold as they launch a new program to locate and enumerate Chimney Swifts in Saskatchewan. The vision statement of Nature Saskatchewan (http://www.naturesask.ca/home) reads “Humanity in Harmony with Nature” and their mission is to “engage and inspire people to appreciate, learn about and protect Saskatchewan's natural environment.”  What a perfect fit for discovering Saskatchewan Chimney Swifts which occupy the western most reaches of their summer range!

An introductory article is in the Spring 2016 edition of Nature Views – a quarterly newsletter published by Nature Saskatchewan: http://www.naturesask.ca/rsu_docs/spring-nv-2016--3-.pdf  The new mission is “Questing Winged Wonders in Saskatchewan: Locating Chimney Swifts and Their Habitat”.

The Saskatchewan Chimney Swift monitoring program will be managed for the next year and a half by Rebecca Magnus, Habitat Stewardship Coordinator and Acting Species at Risk Manager. You can reach Rebecca at: rmagnus@naturesask.ca ; c/o Nature Saskatchewan, 206-1860 Lorne Street, Regina, SK S4P 2L7; (306) 780 9270 or 1 800 667 4668 (SK only).

In western Manitoba, we have Chimney Swifts in Melita, Souris, and Dauphin. In Saskatchewan, we know that there are some historic records and, recently, Chimney Swifts were identified in Estevan in 2015. As our Habitat Stewardship and Outreach Coordinator, Tim Poole, offers “logic suggests there are more swifts than are accounted for” currently.

To help our prairie neighbours get underway with their initiative, send the news along to your birding friends in Saskatchewan. If you are travelling west during the Chimney Swift season, take some time to identify Chimney Swifts on the wing or help locate roost and nest sites. Lastly, if you have recollections about historical observations in Saskatchewan, wing them along to Rebecca!

Coming soon to a chimney near you ! 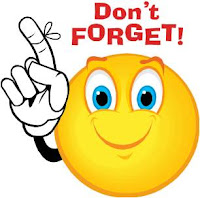 April is upon us and the weather continues to challenge the full eruption of spring. The signs are apparent though that we will transition out of snowy days to welcome more avian migrants soon. It is almost time to greet the returning chimney swifts – my favourite time of year!

Next month, we begin our tenth season of monitoring chimney swifts in Manitoba. With that milestone comes a warm welcome to new volunteers and heartfelt thanks to returning monitors. You are the backbone of the Manitoba Chimney Swift Initiative (MCSI) accomplishments. Here is a synopsis of our 2016 monitoring objectives and protocols…


THE WHAT AND WHY OF OUR MISSION.
The 2016 MCSI monitoring season will run with two programs (same as for 2014 and 2015). We start by supporting the National Roost Monitoring Program (NRMP); the monitoring data tracks the spring arrival and dispersal of migrating swifts, records peak counts, and provides the basis for subsequent trend analysis. Bird Studies Canada, Ontario Region, then uses the NRMP data to map the results e.g.,
http://www.mbchimneyswift.ca/Documents/NRMPmaps2014.pdf

The NRMP monitoring protocol is posted at http://www.mbchimneyswift.ca/Documents/NRMP2016.pdf

The monitoring season continues with our provincial MCSI Roost and Nest Site Monitoring Program. This program tracks the abundance of roosting chimney swifts and the progress of breeding pairs, and their young, at nest sites; fall migration trends also are documented.

The provincial monitoring program data supports various MCSI Steering Committee activities e.g., the preparation of "Guidelines for Creating Chimney Swift Nesting or Roosting Chimneys in Manitoba" (posted in the Resources section of our website at http://www.mbchimneyswift.ca/Documents/MCSI_artificialstructures2015.pdf ).

Tim Poole, our MCSI Habitat Stewardship and Outreach Coordinator, will use your monitoring data to identify needs and deliver programs e.g., the restoration of a deteriorating site or a school visit.

WHEN DO WE MONITOR?
The NRMP dates have been set for May 25, May 29, June 2, and June 6. Monitors all across Canada will be viewing chimneys on the same evening. In Manitoba, chimney swifts occupy the northwest portion of the summer distribution.

Two issues influence our choice of how long to view the chimney rims on the NRMP dates.
1. MCSI would like to designate active chimneys as roost or nest sites. We distinguish between roost and nest sites on the basis of chimney swift behaviour. Roost sites are occupied by chimney swifts resting for the night; typically, only entries occur during the roosting hour and then the swifts leave the next morning within ½ hour of sunrise. Nest sites are used during the daytime i.e., times outside of the roosting hour (entries) and period of first morning departures (exits made ½ hour before to ½ hour after sunrise). In early June, daytime activity (entries/exits) indicates that breeding adults are nest building.

2. MCSI is interested in how temperature/weather conditions influence the time of roosting.
So, for all four NRMP nights:
• Watch your chimney for 1 hour PRIOR to sunset THEN CONTINUE to watch for ½ hour AFTER sunset. You will be monitoring for a total of 1½ hours.
• Record the time of an entry or exit and the number of chimney swifts seen during the event.
• Fill out the datasheet to the best of your ability (details below).
Beyond the NRMP, any monitoring you do this year would be useful to us. Meeting with other monitors can add to the fun. The Selkirk Squad heads to their sites every Monday. Monitors at the Assiniboine School (Winnipeg), Brandon, Dauphin, Portage La Prairie, La Broquerie, and Lac du Bonnet put incredible time into monitoring their roost and nest sites.  Monitoring results from occasional viewing and opportunistic observations help us catalogue swift activity and identify new habitat. Tell us about ANY chimney swifts you see in 2016!


WHO IS INVOLVED IN THE MCSI MONITORING PROGRAMS
AND WHERE DO WE GO? 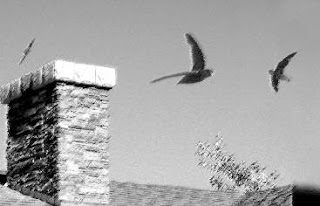 Monitors from previous years - please confirm that you will be participating in the 2016 program; we will partner you with last year's site(s) unless you request a change of location.

New monitors - please self-identify your interest and a convenient site will be assigned from our database (http://www.mbchimneyswift.ca/Documents/2014_15_database.pdf ).

If you were involved with Manitoba Breeding Bird Atlas activities - try to advance your chimney swift observations to the highest breeding evidence category = "confirmed breeding".


HOW DO WE MONITOR?
At your designated sites, make yourself comfortable in a safe location (away from traffic) with an unobstructed view of the chimney rim. You will be focusing on the chimney rim to document chimney swift entries and exits. Chimney swifts can be meteoric in their entry to a chimney and they can be very stealthy with low angle exits - if you blink you can miss all the action! That is why a buddy system is useful for monitoring. If you need to take a break, your partner can pick up viewing the rim. This is supposed to be a fun exercise in citizen science, so make whatever arrangements you need to personalize the experience.

USE THE MCSI MONITORING REPORT 2016 datasheet
for ALL Manitoba monitoring sessions this season i.e., for both programs and at all sites. The datasheet is posted in the Resources section (http://www.mbchimneyswift.ca/Documents/MCSIData_Sheet_2016.pdf ) of the MCSI website as a WORD document and also as a pdf: http://www.mbchimneyswift.ca/Documents/MCSIData_Sheet_2016.pdf
During a monitoring session, you will SIT 'N' STARE at your chimney rim and RECORD the time of all observed entries/exits and the number of chimney swifts involved. NOTE WEATHER CONDITIONS at the time of viewing: temperature (the most important for evaluating aerial activity as 13 C is the threshold for flying insects = dinner for our swifts!); wind speed; cloud cover; and precipitation. SUBMIT YOUR FORMS electronically or by mail (see the bottom of the 2016 datasheet for details).

Tracking the aerial activity of swifts to identify new habitat can be rewarding.  If you head into uncharted urban territory this year, start with the historical sections of towns. Old brick chimneys are often associated with churches, schools, post offices, and vintage homes; large stacks on hospitals also seem popular with the swifts. During the daytime, look for small numbers of low flying chimney swifts (often mixed in with purple martins) which have repetitive flight paths low over/around buildings. Try to narrow down candidate chimneys = open, rough-interior sites which are at least 2.5 X 2.5 bricks wide (minimum 14" X 14" opening) then follow the stare-down routine to catch an entry/exit event. For larger chimneys which may host a roosting group, try to identify increasing numbers of chimney swifts circling around a chimney just prior to sunset. Wait for the spectacle of the entries - it is often triggered by the first weary swift dropping in for the night; the remaining birds funnel in like water pouring down a drain. Try to count the birds as they drop into the chimney ~ it is a delightful challenge with a large flock, but try your best.
Natural tree cavity use has never been documented for chimney swifts in Manitoba. Try to get a photograph, GPS coordinates, and document the details (date/time/weather conditions etc.) of your amazing discovery.

VOLUNTEER RESOURCES
are posted on our MCSI website at: http://www.mbchimneyswift.ca/resources.html . There are links to video clips, research/general interest articles, and the all-important "Dashboard Placard" which identifies you as an MCSI volunteer.